Founder and CTO Stephen Uhlhorn and CEO Edward Albe are working to bring a new level of precision to industrial lasers for machining.

Founder and CTO Stephen Uhlhorn and CEO Edward Albe are working to bring a new level of precision to industrial lasers for machining.

To see this featured article on CompanyWeek, please visit this link.

“I’ve been working on the performance of lasers for several years,” says Uhlhorn. “It’s fundamentally an integration problem.”

The key subsystems — the laser, scanner, and motion systems — “never worked well together. They did not communicate, so I was always trying to find a way to improve on that.”

That was the problem Uhlhorn started 6D Laser to solve. “We’re essentially building a laser CNC system,” he says. “We’re basically building a new type of sensor to integrate into the systems to enable feedback and real-time control of the process.”

“The idea is to improve the precision and basically enable process control, because frankly for laser-machining processes, it doesn’t even exist right now,” he adds, “Precision and process control are the underlying problems that we’re trying to address. . . . What we’re really trying to do is take this existing technology and simplify it from the operator’s standpoint to make it more usable.”

“Some of these systems out there right now are extremely difficult, and can only be run by Ph.Ds,” notes Albe. “Anyone who can work on a conventional CNC will be able to just go ahead and load inputs into the machine and be able to produce a part.”

After one iteration of the product, Uhlhorn bought out his co-founder in 2020 and joined forces with Albe in 2021. The company won a $250,000 Advanced Industries grant from the Colorado Office of Economic Development and International Trade in November 2021.

“We’ve seen an opportunity in the marketplace that hasn’t previously existed, because of the ease-of-use considerations,” says Albe. “Typically, technology is great, but the economic proof statement hasn’t been there. Fundamentally, Stephen has been able to devise a certain integration methodology with some other IP he’s developing that will allow this to proliferate a lot easier, purely because there’s an advantageous return on investment.”

Several users at University of Colorado Boulder (CU), University of Nebraska-Lincoln, Wright-Patterson Air Force Base, and University of Texas at El Paso are testing prototypes in 2022 in anticipation of a January 2023 product launch at the annual SPIE Photonics West trade show.

Under the direction of Kaushik Jayaram, the CU lab is using 6D’s laser system to cut components for soft robots inspired by cockroaches that will largely be used for surveillance and remote sensing.

“He’s designing these little robotic devices in such a way to mimic the natural animal motion and behavior,” says Uhlhorn. “The application is very research-y, but the tool itself is the only type of system that can cut the parts with the materials that he works with and the tolerances he needs.”

The initial systems will be manufactured by 6D Laser in-house, says Albe, noting, “There’s going to be a point where we will probably have to bring in a strategic partner. It all depends on the capital requirements to be able to sustain this. All options are on the table right now.”

Uhlhorn and Albe are targeting biomedical and aerospace manufacturers for the commercial launch. “They [lasers] can do all kinds of fascinating material modification,” says Uhlhorn. “It’s basically any industrial manufacturer that needs to work on new or complex materials and has tighter tolerances that just can’t be met with traditional machining techniques” — including ceramics with silicon nitride, hardened alloys, and other exotic materials.

Notes Albe: “We are an enabler more than anything else for people to be able to do some free-form designing in ways that they couldn’t do before. So the world is our oyster, so to speak.”

“There are existing machine tools that use ultrafast lasers for machining,” says Uhlhorn. “None of them that are commercially available have any form of feedback or process control built into them, and they’re all million-dollar-plus machine tools, so that’s the order of magnitude we’re talking about.”

Challenges: Bringing innovation to a mature market. “The technology that we’re integrating, it’s not so new that there are a bunch of unknowns,” says Uhlhorn. “This is all basically technology that is mature, it’s established. It’s fundamentally just an integration problem, and that just requires engineering time to put it all together.”

Opportunities: “This is a real blue ocean play, in the sense that you can’t do it with the methods out there and systems out there,” says Albe. “This is in essence creating a completely new market.”

Adds Uhlhorn: “It sounds really boring, but the one thing that most of them want to do is drill a straight hole. Believe it or not, doing it with a laser process is a lot harder than you’d think. Where this goes is: It gets adopted by industrial manufacturers that need tight tolerances and high precision in materials that just don’t lend themselves to traditional machining techniques.”

Needs: “As crazy as this sounds, we really have modest needs,” says Albe. “The biggest challenge for us will come in 2023 when we try to scale the business.” 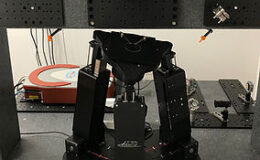 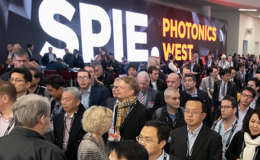 Thank you for visiting 6D Laser at Photonics West 2020